The things and places of fond — or even just significant — childhood memory can be divided into those that can be revisited — usually accompanied by some discombobulation or disappointment* — and those which cannot.

In my own biography, one of the latter has been the Victoria Station Cartoon Cinema (1933-1981). 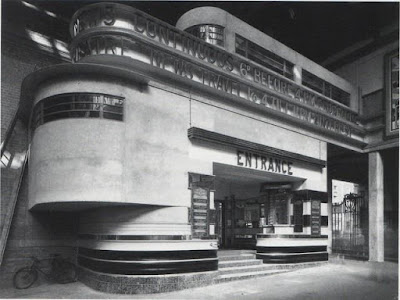 This sat on one wing of the railway station adjacent to platform 19, at most a ten minute walk from my childhood home in London.
The charming art deco entrance featured the ticket office and a staircase up to the barrel-shaped auditorium on the first floor, plus a passageway at the side could also be used to access the station concourse itself. It is slightly criminal that it was demolished.
I might have discovered Tom and Jerry on Saturday morning TV, but it was here I could drop in and find them on a loop of cartoons plus old Pathé news clips, and catch up (or down) with Buster Krabbe as either Flash Gordon or Buck Rogers. 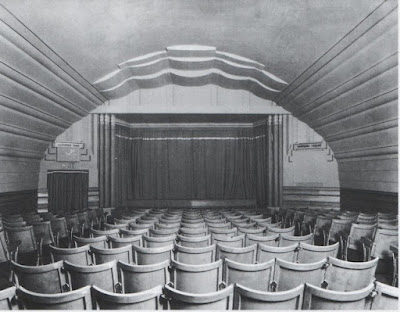 Gene Deitch, the director of the original cartoon series died in 2020 aged 95 and this, sadly, is not a fitting tribute.
There are one or two non-awful scenes in the movie and they are nearly all set-piece engagements between the titular characters — and even these are often muddled quotations from their twentieth century jousts.
Tom & Jerry thrilled me as a child, mostly because the slapstick humour is fast-paced and highly physical, yet removing these animations from their own dimension immediately deadens the physicality of the action.
Here the human characters have been set up to behave in a partly cartoonish manner, but this doesn't stop us noticing that we are witnessing a world based on a juxtaposition of competing rules of physics. (This only ever made sense to me in The Mask.)
Somewhat bizarrely, the governments of some Arab countries have censored or banned this cat and mouse duo, and not because they represent a rehash of David and Goliath, but because all that violence without punishment or indeed real consequences has been said to poison young middle-eastern minds, thus leading to adults who might want to rather gratuitously blow themselves up. (I'm not sure I ever had a burning desire to slam a window shut on someone's fingers after coming out of the Victoria Station Cartoon Cinema.)

It has never really been a straightforward contest of good vs evil. And Tom rarely seems to actually desire to eat Jerry. The mouse is more like an itch he cannot scratch, a spur to compulsive, self-defeating behaviour as he tries and fails to thwart the cocky little rodent.
He may be a bully, but he is a sort of tragic one, more fundamentally sympathetic and human than Sylvester James Pussycat, Sr. (Though in the original shorts a Tom with banana yellow eyes often tended to be a tad more malicious. This Tom has eyes that might be described as varying from magnolia to slightly jaundiced vanilla.) 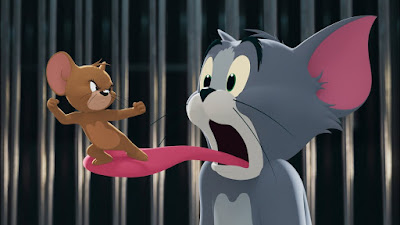 * I had a rather vivid recollection of a childhood visit to the medieval school attached to Dorchester Abbey, specifically a well-worn stone seat beside the entrance where a monk was said to have sat. When I returned in the last decade with my father, I discovered that the memory I had often replayed had become spatially-inverted at some stage.
Posted by Inner Diablog at 2:09 am

It is slightly criminal that it was demolished.
It would be a tourist attraction today-that's a nice looking building. Too bad it is gone.