Covid has seemingly converted Australia into the deep space colony it perhaps always yearned to be. 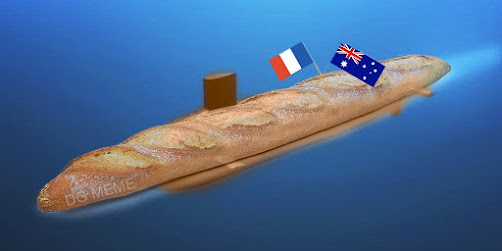 It may look large enough in an atlas or on the Summer Olympics medals table, but population-wise it’s one and a half Guatemalas, or two thirds of a Tokyo...a sort of sub-tropical, leafy suburban outpost that the anglo-saxonne tendency has has thought prudent (though of course this is moot) to provide with nuclear attack submarines.

I guess if they do get into a lamp-post pissing contest with China and the world goes to shit, we’ll still always have the way the French have reacted to le backstab.

Meanwhile, New Zealand has kind of erased itself entirely from the map. They were already legimimately missable down there before, but they are now going the full hog. Or mutton.

Size matters, Canada and Australia have puny populations but vast expanses of empty land, they both punch above their weight. Here in the US, Cleveland has a GNP bigger than better than half the US states, it covers about 70 square miles. Your metaphor of an aircraft carrier is correct, it sits within punching distance of several belligerent states in its region. I suspect the US grade kit is a better carrot than what the French could offer. It is not like the US is not 'all in' when it comes to France, we have their back and they know it. The French like to chirp, it does no harm. I think the US could go in with the Ausies and make the French whole on their up front costs but not doing so will not change the basic strategic set-up.