One of the first ready-made philosophical debating tools that I had, to some extent, rammed down my throat at Cambridge was the notion of the slippery slope. The speaker was none other than Baroness Mary Warnock, Mistress of my college, she of Warnock Report(s) fame, landmark UK investigations into special needs in education and experiments on human embryos, and so her own take on the matter was along the lines of not all slopes are as slippery as they may at first appear. 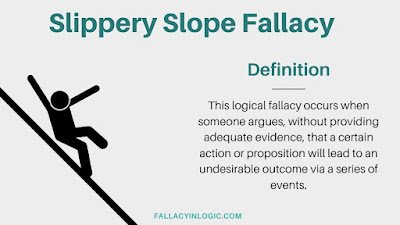 A good many of the arguments being deployed against covid vaccination programmes are conspicuously batty — however, a few do seem to be grounded in some sort of intuitive grasp of the slippery slope, rather like the mindset of a passenger on a bus descending Las Cañas.

So while us rational folk might chuckle when someone who has already been vaccinated half a dozen times in their lifetime suddenly resists this new jab, and usually for apparently loopy or selfish reasons, we must not entirely blind ourselves to the ever so slightly inclined wet floor here. It's fun being right, but one is never perfectly right.

A couple of news items during the past week spring to mind. The view out of Oxford University that the novel coronavirus is on its way to becoming just another endemic pathogen causing the common cold and the announcement by Pfizer that their trials of a tablet, both prophylactic and treatment against covid, are showing promising results.

There's a potential miniature slippery slope right there, between vaccination and therapy. Between measures designed to protect society and those that could protect smaller associations within it.

One's childhood vaccinations are to some extent one's own business. As an adult I have had several boosters plus the Yellow Fever shot, all elective. And when I had an employer, my health records were never a talking point.

But this could be about to change. Employers may be set to become inured to mandating certain medications for their staff. How much are they losing to sick days, even just those related to the sniffles?

Vaccine mandates are nothing new in US history. George Washington was a pioneer, making sure every member of the Continental Army received the jab (more like a stab really) for smallpox. And he did this knowing that he was in effect decimating his soldiery, as one in ten would go on to develop the proper, gross version of the disease. He was prepared to take the risk, with the appropriate cover-up package in place.

The collective imperative was further upheld by a Supreme Court decision in the late nineteenth century supporting the vaccination imposed by Cambridge (copycat version) and thus permitting similar measures by state and township authorities across the US, which has remained unchallenged ever since.

American liberty was never a 'free for all'. My special subject at Cambridge (original version) was the drafting and ratification of the US Constitution. It may come as news to contemporary American 'conservatives', but the so-called Founding Fathers generally believed in order through representation, in liberty constrained by obligation.

Their basic beef was with arbitrary government, not any sort of government that pretends to tell one what to do. They spent a lot of time haggling over that document because they desired a durable framework. Drooling libertarians were duly dispatched to the frontier, which now exists largely only in the minds of MAGA eedjits.

The needs of the one were always measured against those of the many. Where we perhaps need to be wary now of the slippery slope is in circumstances where collective becomes a not-so-invisible cloak for corporate.

Posted by Inner Diablog at 4:50 pm