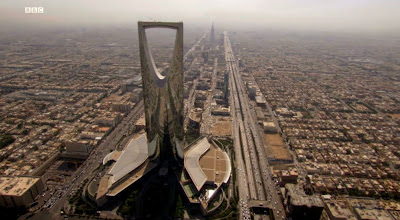 Kate Humble lived up to her surname as she was entertained (and thoroughly PR'd) by some of the richest men in Riyadh as she made her way along The Frankincense Trail.

One of them, HH Prince Al-Waleed bin Talal bin Abdul Aziz Al Saud hangs out in this building in the foreground — the Kingdom Tower — HQ of a massive business empire. Humble was taken to his private resort (in the back of his SUV) as the Prince completed on the refinancing of Citigroup up front.

She met his 27-year old fourth wife Amira, who explained why she is comfortable with her husband being surrounded by so many beautiful (and ethical) women.

Saudi Arabia rakes in a profit of $1bn a day from the petrochemicals industry.

Peter Berg rather skipped on the outrageously glamourous side to Saudi life in The Kingdom. 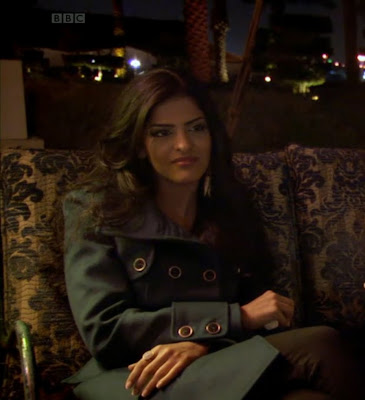