Very much looking forward to the tennis this afternoon. Right on time I have warmed to Carlos Alcaraz Garfia.

Previously I found him rather disconcertingly similar in aspect to a certain kind of rebellious, regional teen familiar from Spanish cinema, neither quite on the right or the wrong side of the tracks and possessed of a large and noisy motorcycle.

Then there was the matter of the slightly mob-like nature of his entourage.

I cheered on his Italian opponent 'Pecador' in the quarters, and his American one in the semis, but along the way acquired a sense of his extraordinary resourcefulness and a combative style that is more than a mere update on that of Nadal. 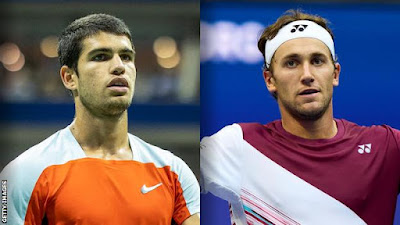 As for Ruud, for me he still retains an aura of Norwegian blandness which may yet dissipate. It is thrilling to see such a changing of the guard. One is almost inclined to toss one's bearskin in the air and shout "hip hip hooray". 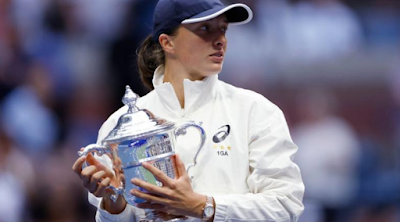 As for newly-crowned US Open champion Iga Swiatek, it's hard not to imagine that she might go on to accumulate more Slams than Serena and indeed, Margaret. The whole GOAT debate is still distorted by the way many of the past candidates either spent too much time in Australia or alternatively avoided it altogether. 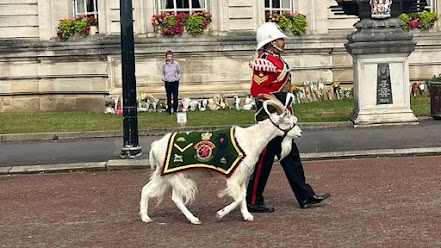 If the young Pole can turn up at the business end of the majors at least twice a year for the next decade, do-able I think, then that awkward old record should finally fall.