John Wick is officially a genre. The team that choreographed Keanu in that trilogy kick start Hutch Mansell's 'relapse' with a very memorable fight scene on a bus, which pretty much sets up the rest of the movie. 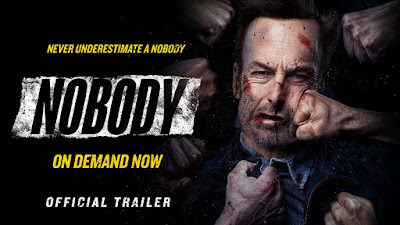 If you enjoyed that scrap enough to want to watch it more than once, you are going to lap up all the rest of the violence here, hardcore gore and all.

Wick's retirement had been centred on a nice crib, a puppy and a classic car. Hutch had sought a more tabulated, suburban ideal, which is only partially working for him, when along comes that same rather unfortunate encounter with the low order kindred of a Russian mobster and thus the body count starts rolling.

In fact for Hutch the initial trigger is a home invasion and a missing kitty kat bracelet, together precipitating a journey down memory lane — which it must be said, starts rather falteringly, but both Hutch and the film are soon up to speed.

The film is fun and Odenkirk's handling of Hutch's slightly sundered inclinations is spot on. Christopher Lloyd's portrayal of his father adds to the mood. Great to see Connie Nielsen again. Hope she gets more to do in the — inevitable — sequel. 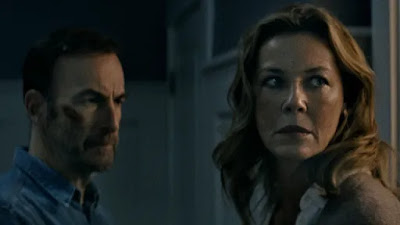 The next post here will concern another recent movie made up of almost all too familiar elements which, just like this one, exhilaratingly transcends them...

Posted by Inner Diablog at 4:32 pm