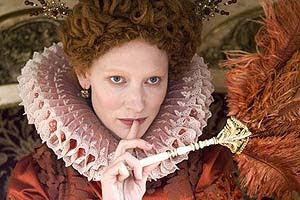 Swimming Pool, that somewhat subtle Gallic piss-take of the English, may actually have been retaliation for this, a not-so-subtle dig at the French. I mean...Eric Cantona as his excellency the French ambassador!

Anyway, it has tee'd me up nicely for the sequel which is out next week, and for Vince Cassel's newest OTT pantomime performance in Eastern Promises, which Xtofer saw on Saturday and recommends highly.

The use of body art by these Russian gangs to establish personal histories and trust relationships would appear to be similar to the tattoo culture of the maras in Central America.

On the back of watching this film on Four on Saturday I decided to view episode one of The Tudors. Oh dear. It's like Rome with tons more sex and a generally less conscientious attempt at narrative history.
Posted by Inner Diablog at 10:42 am