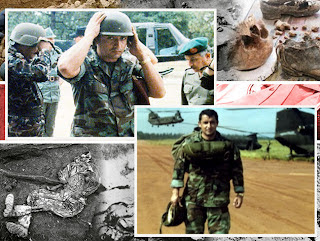 This business of extending political dynasties through spouses and siblings seems to be catching on.

I was listening to a radio station called Tango 2x4 last night as the results from the Argie election came in. Cristina Kirchner, wife of the incumbent, who earlier this year mysteriously stepped aside in her favour, appeared to have it in the bag already after only one round of voting.

What are Guatemalan Presidential candidates doing to ensure that when their allotted time in office is up, they can hand over to their significant others? Not a lot. Colom in particular can have little expectation of ever making use of this constitutional loophole. Mrs Pérez Molina crops up in the video below. Somehow I don't think she will be pulling on the Presidential sash any time soon either. (La señora Arzú has some potential though.)

The clip presents Pérez Molina as 'El General de la Paz'. However, two members of V's family (both of whom I had down as hard handers) have forwarded to me this week a PowePoint presentation that invites more nuanced consideration of his military record.

The General has claimed in an interview that he never actually killed anyone during the Civil War, a not-inconsiderable achievement given the number of people that did end up dead in the Nebaj region where he supposedly operated. The presentation includes testimony from a woman who claims that 'Commandante Tito' pistol-whipped her then shot her in the face. Ok, she didn't actually die per se...

Posted by Inner Diablog at 1:20 pm