A very good and relentlessly entertaining movie that barely pauses to allow one to perceive the flickering form of its shadow: the better, or at least profounder version of itself that Disney perhaps chose not to make. 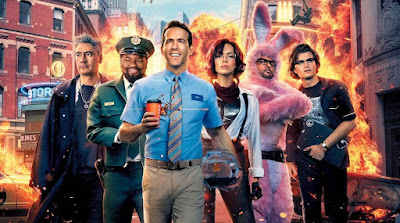 On some levels it is an unusually original proposition and yet at the same time so obviously grounded in more self-regarding stuff that already exists in the ecosystem —  The Matrix, The Truman Show, even Blade Runner — plus the superstar charisma of Ryan Reynolds which is perhaps where it gets its permission to be so glib.

The film demonstrates an understanding of gaming as spectacle whilst handling those slightly thornier underlying issues in much the same way that Black Widow handled grooming and people smuggling.

Will it reward repeat viewings in two decades time like many of those aforementioned canonical titles?

Of one thing I can be certain. If there is someone out there who truly deserves to become an A-list movie star right now it is Jodie Comer. 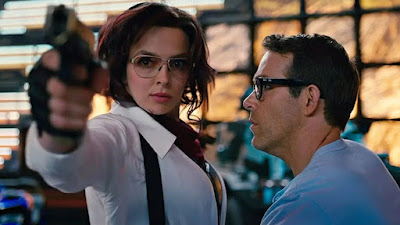 I recently performed the mental exercise of running through all the British film and television actresses I know of in her age group to see if it might be possible to make another adaptation of The Sun Also Rises, the casting of Lady Brett Ashley being the principal hurdle such a production would have to overcome prior to shooting. Comer was the closest I could get to a possible fit.