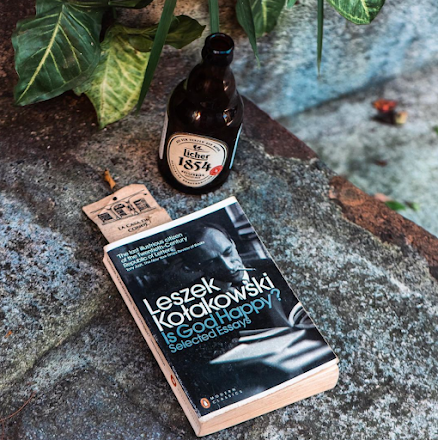 The question he poses in the titular essay here is more than a 'nice to know', for he understands that it reveals one of the most notable paradoxes in our western conception of Divinity, a potential deal breaker, though in matters of theology the broken deal is usually only a spur to further mental gymnastics. Strangely enough, the fundamental building blocks of our most significant propositions about reality are often the least coherent.

The concern here is this: if the Absolute is immutable, it would also in a sense be indifferent. Serene perhaps, rather like a smugly enlightened Buddhist, not wasting eternity worrying about the over-commercialisation of La Antigua Guatemala or brooding over the suffering of a deceased pet, like I sometimes do.

Such a God would not be interested in these matters, nor any afflictions that they might cause. So, in order to function as a loving Father, as conceived by Christianity, He would have to feel our collective pain, and would thus be incompletely happy. And an incomplete totality is undoubtedly problematic.

"The true God of Christians, Jesus Christ, was not happy in any recognisable sense," Kolakowski had to admit, presumably because JC must have been at least somewhat PERTURBED by what he encountered down here during the incarnation.

"Happiness is something we can imagine, but not experience" he added, rather like God, but that would be my own little extension of the thought.

Sadly, no Polish brews currently to hand. This 5% golden lager is fruity, Fritzy and naturally cloudy.

(One has to wonder whether this century even has a 'Republic of Letters'. More like a repressive failed state of text.)

Posted by Inner Diablog at 6:28 pm