Northern sheep are a lot weirder and well 'ard than southern sheep. This was an observation we were able to make during time spent in the Lake District (Cumbria) during the early 90s.

They tend to make eye-contact in a manner suggestive of something way beyond harmlessness and grass-chewing complacency. 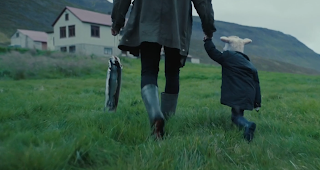 The sheep in Lamb are especially northern, I would say. The film is set in a strikingly rugged part of Iceland and if not based on an actual folk tale from the island, certainly a modern imagining of one.

It's about a childless couple tirelessly (and somewhat wordlessly) working a farm in this landscape, when some strange presence visits their barn one night and appears to enable a solution to their most fundamental existential problem. 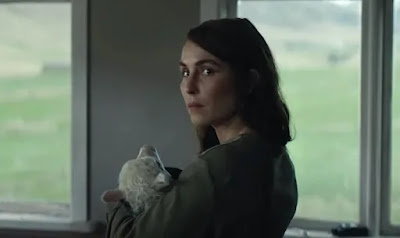 That it adopts a consciously slow pace is confirmed by the fact that I began to notice that I was primarily enjoying the director's choice of camera positions.
The #Horror and #Thriller denominations on IMDB are barely deserved, but it is significantly disquieting, and Noomi Rapace's excellent performance plays a large part in this. 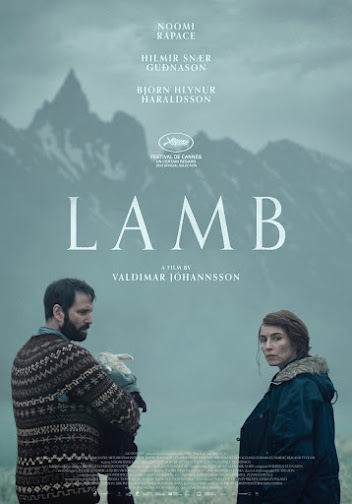 Posted by Inner Diablog at 2:38 pm