Toast done on one side...

Yesterday the Empire State Building shone in the colours of the Union Flag* as the Big Apple welcomed back Brits from across the pond for the first time in a very long time.

And Blake Lively donned a scarlet mini dress in an effort to stoke the celebratory mood and show up the Foreign Office bods around her. 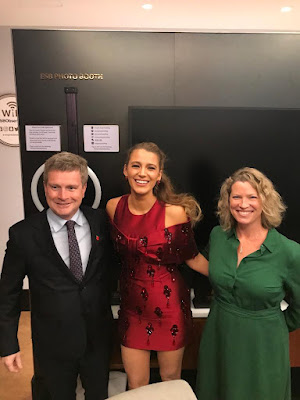 I have been rather enjoying the comparative rarity status of An Englishman In New York throughout my visits this year. There have been plenty of free drinks involved.

There's still one more to go in 2021, but I suppose I shall have to adapt to a slightly less exclusive status.

There may be fewer visiting Latin Americans around however.
Just as the vaccinated eurotrashy masses descend, unvaccinated folk (or those unfortunate enough to have been Sputnik'd) from Mexico and Central America will not now be allowed in.
There's something rather cynical about this. For months cities like New York and Miami have been kept afloat by visitors from south of the border but, de repente, the attitude is a bit "soz, we don't need you any more..."
The newcomers are being referred to as 'international tourists' as if those of us who have been coming up from Guatemala never really deserved the title.
It has been coming though. In September I was a little taken aback by how many activities — even the most basic ones like eating and sleeping — were wholly dependent on the presentation of my CDC vaccination record from June.
How long before it's 'Vaccinated with anglo-american formulas, in the past twelve months?'
In the past couple of days my Facebook feed has been inundated with pics posted by friends in Blighty as they negotiate the new checkpoints at Heathrow before embarking upon a transatlantic jaunt.
I was genuinely unaware that demand was this pent up. 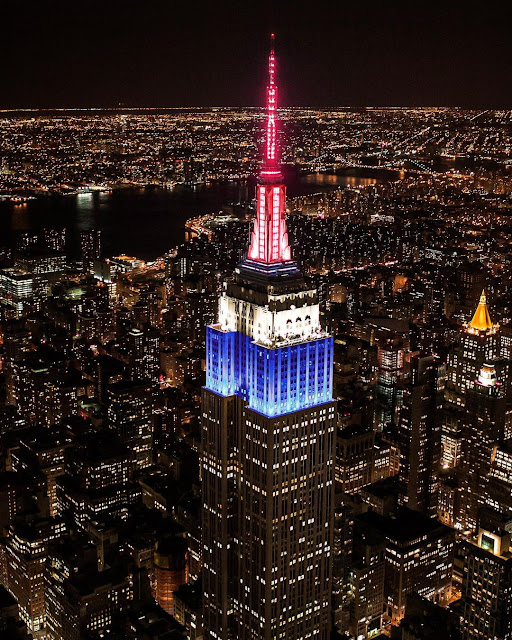 * The Empire State was shining red white and blue on Memorial Day, so that one must be on speed dial. In fact this pic from their Twitter profile may even have been taken then!
Posted by Inner Diablog at 8:11 pm