Last Friday I read an article commemorating the 33rd anniversary of the Marchioness disaster in which a Thames pleasure boat situated between Southwark and Canon Street Railway bridges was struck from behind by the dredger Bowbelle and sank, resulting in the deaths of 51 of the 130 people on board. 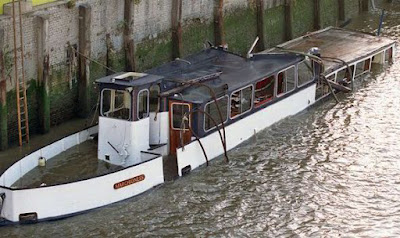 It has always seemed like one of the tentpole London disasters during the first half of my life. Others of note include the Moorgate Tube crash, the King's Cross escalator fire and Battersea Park funfair rollercoaster collapse.

And I have always had a sense, as I do with those others, that it impacted on me as a real time, headline news item. 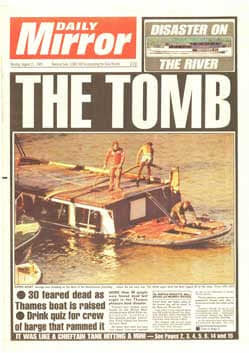 By here I mean either Guatemala, up in the Petén forest, or just over the border in the more jungly bits of Chiapas. And my access to news coverage of a parochially British nature would have been extremely limited at the time.

So somehow I have retrofitted this calamity neatly into my own timeline. Perhaps my interest in it waxed a couple of years later when V and I moved into a home beside the Thames and these party cruisers became a regular part of our vicarious domestic nightlife.

I now look back on my 22-year-old self and wonder at how he coped in this information-scarce environment for months on end. Being less concerned with the bla bla bla of the outside world strikes me as a kind of freedom now, yet only a couple of years later my own first connection to the interwebs undoubtedly also appeared liberating.

Whenever within a significant settlement in Central America like a town I tended to check in. This could involve a call home on a regular schedule.

In Antigua this was still problematic as the Guatel office — now housing Claro on the edge of the parque central — was bedlam. Around the small internal patio garden there were rows of clunky callboxes, but their use required time, effort and quite a lot of local currency. I was fortunate to have some friends in the capital who owned a fashion store in Zona 1 complete with a landline which could be more easily used for this purpose, and so I found myself making that trip almost weekly.

I also had a friend in Antigua — a retired engineer from Aberdeen named James Stewart — who embarked on a similar journey to the UK embassy to collect a week's worth of copies of the Times, which he then devoured over breakfast at the Hotel Antigua.

James struck me at the time as an archetypal exile who made rather infrequent trips back to the home country only to return with lurid tales of how everything had gone to the dogs there. I was convinced I would never turn out that way, and then I did.

I can't recall if the International Herald Tribune was on sale in Antigua at that time. British newspapers were of course not even available on the one-day-late schedule I recall from my childhood summers in Spain. (It was a weird way to follow major international events like the Olympics, at least from a non-Spanish perspective, but the risk of spoilers was fairly low.)

Two very major global moments did occur during my second period in Antigua (September-December '89) — the fall of the Berlin Wall and the Loma Prieta quake near Oakland California, both of which I became aware of in near real time: the former via the Guatemalan news coverage in the home in which I then resided on Calle Chipilapa (shared at that time with a German called Yoyo and his girlfriend, both transfixed by this development). And the latter, a few days earlier, on the TV perched on a shelf above the bar at Mistral which tended to remain tuned in to CNN all day. 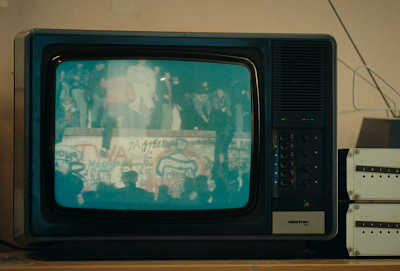 This locale of legend was situated roughly opposite Doña Luisa X. and was really the only gathering spot for foreigners in this city at the time.

Until Al Qaeda formed, this was my earliest experience of being part of a line of the collectively dumbstruck staring at a screen.

Posted by Inner Diablog at 6:10 pm