A few thoughts on the now-concluded fourth season of Westworld. 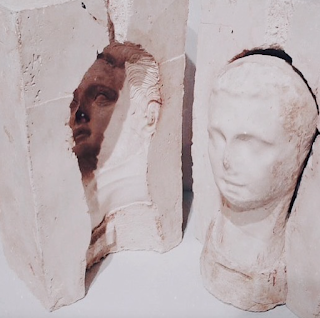 "Clever" shows appear to have an innate tendency to become soap operas in disguise, with writers spinning out ever more absurd plot developments as an excuse for feeding the audience's fixation with the individual characters and their interactions. This is what marked the decline of Killing Eve and something similar has undoubtedly been happening here.

There have been some big ideas in S4, but their presentation has been predominantly wooly.  I was often reminded of the words of John Ruskin: "It is far more difficult to be simple than to be complicated".

And the trouble here has often been that Westworld is simple when it needs to be complicated (NYC, actually a small part of NYC, standing in for the entire world) and vice versa. There has long been a need for some conceptual condensation.

I reached a similar stage in my viewing of Lost, when I realised that too many of the loose ends were loose screws and lost faith that even the writers were an omniscient presence in their own world.

Perhaps the three follow-up seasons have suffered from a failure to fully exploit the original theme park conceit inherited from Michael Crichton. Audiences then drooped, seasons shrunk and we have ended up with characters suddenly able to traverse significant distances in the blink of an eye, a phenomenon familiar from late-stage Game of Thrones.

Allowing characters from a constrained scenario to wander freely around the world is akin to the phenomenon of British sitcom characters dispatched on holidays abroad.

Nobody is yet sure if there will be a fifth season, except perhaps Ed Harris who has claimed that filming is about to start and that it will be the last. It's hard however to see how the one that just ended could not be the last for Ed's William.

Posted by Inner Diablog at 2:38 pm