"So...it's the communists who want to kill me?"

This from the titular non-character, a personage so sapless, that at this stage in the plot we have absolutely no idea whether he actually believes this or not. 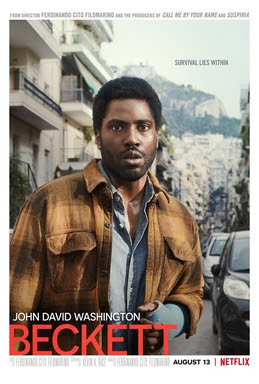 About ten minutes before that V had experienced a sudden moment of doubt, prompting her to ask if I had put on a movie from the seventies.

The cinematography, ardent German activists, cold war-style kidnappings and sinister conspiracies would all support that suspicion.

But in the end this is a movie about a very dull man who, while on holiday in Greece, gets Alicia Vikander killed in a particularly gormless fashion and then — rather coincidentally — pays for it, big time, having to spend the rest of the movie's run time, doing just that, running, though usually at such a malcoordinated totter that it's a wonder that all the folk out to get him, don't.

Posted by Inner Diablog at 5:22 pm