Director Just Philippot's last feature was about an acid cloud. Here he turns to another, more actively ravenous migratory pest in the air. 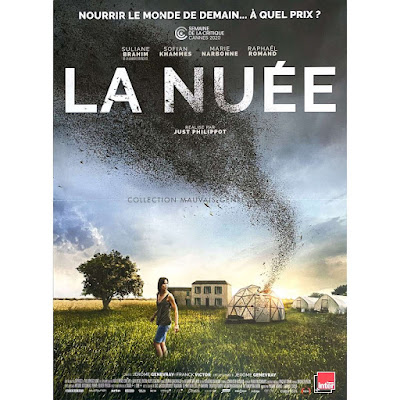 I came across this paragraph on the interwebs after watching this film about a widow who goes a bit too all-in on her locust-breeding farm in southwestern France...

"Locusts are usually solitary, but under certain circumstances, they become more abundant and change their behavior and habits, becoming gregarious."

After an almost painfully slow build-up, the conclusion of this film felt unsatisfying and a little less 'gregarious' than it perhaps needed to be. 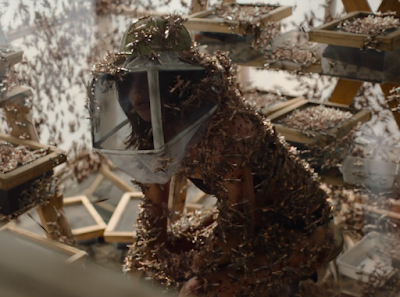 For the above-averagely bug-phobic it will no doubt prove to be suitably disgusting and for a subset also oddly pleasurable on that level, but I couldn't help feeling that at almost every phase, the key elements — character, story, scene, symbolic payload and so on — were being under-utilised.

Posted by Inner Diablog at 2:39 am