All the talk prior to release was about how the famed Disney ride and this new movie deriving from it, would be re-imagined in 2021 to iron out a few of those narrow-minded, xenophobic stereotypes it has carried around since launch in 1955. Luckily, for now at least, the Germans are still fair game. 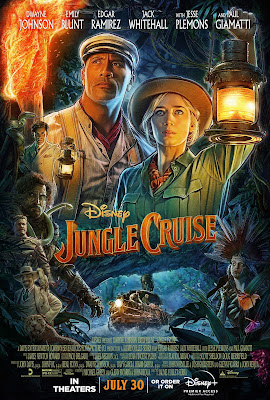 There have been some sniffy reviews, but we both enjoyed this, immensely. Many of the best children's movies also manage to entertain the adults, as adults, but the success of this one is perhaps the way it can remind the more middle-aged members of the audience of what it's like to be thoroughly amazed...as a kid.

The Jungle Cruise was the first ride I went on with my father at Disneyworld in 1980. Yet to some extent I had already been on the journey, in 3D, courtesy of my #1 toy... 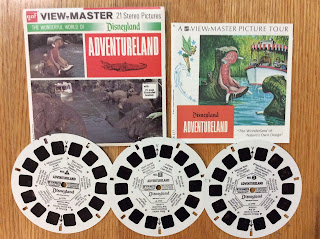 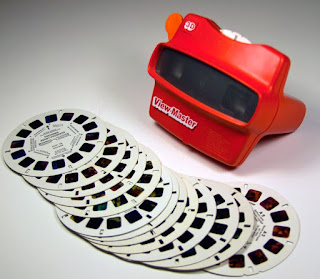 There are some obvious reference points for Jaume Collet-Serra's film. Raiders of the Lost Ark, The Mummy, The Lost City of Z — and, at a significant stretch, Aguirre, the Wrath of God.

Yet clearly, most of the above themselves refer back to the sensibilities of features and serials belonging to the era before commercial air travel — such as 1934's Adventure Girl, shot in part here in La Antigua — where the ludicrous stereotypes are an element of the enduring charm.

And from my own childhood, the lost realm scenario was memorably visited in 1965's She, based on the 1887 romance novel by Sir Henry Rider Haggard.

A full re-imagining of these tropes to "reflect, not only the best in storytelling but also the values and rich diversity of our world” — as Disney's current batch of imagineers have put it — surely runs the risk of a de-imagining.

In order to remain relevant and interesting, this part of the modern world's mythology needs to remain both guilty and innocent — rather like the conquistadores represented here: guilty of everything the woke world knows them to be guilty of, yet also wide-eyed, there be dragons innocent, led on simultaneously by boundless greed and fevered imagination.

Posted by Inner Diablog at 6:16 pm