We both loved this series and kind of miss it already. A further confirmation of my afán for stories set in hotels, a topic I have covered here before, I seem to recall.

The incidental music could have been scored for my life. 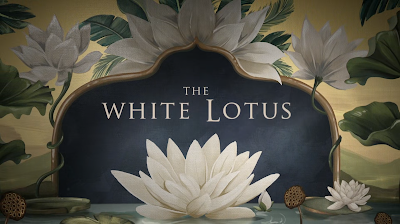 I've stayed in a similar all-inclusive detention centre, 'tastefully' furnished and ornamented to within an inch of its life just the one time, and then not entirely out of choice, as I was attending a wedding. The horror, the horror... 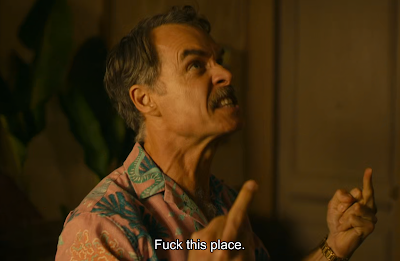 However, to borrow from one of the show's own metaphors, the core of onion was reached a little too quickly and turned out to be a a tad less satisfying than the outer layers.

And I struggled to see how the Mossbachers had avoided having one of these omnishambolic vacations every single year of their existence as a family unit.

And WTF with the duvets? 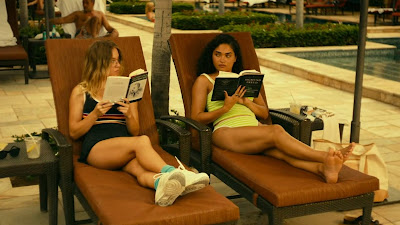 This pair: Nietzsche and Freud

Without any prior dalliance on IMDB I had built what I think is a fairly accurate psych profile of the writer-creator (Mike White), wafting like an invisible extra protagonist in the drama.

Overall the female characters were drawn less sympathetically, with the possible exception of Belinda, but that had more to do with the way she was played by Natasha Rothwell than the lines she was given.

Armond was a strange amalgam of different roles in a premium establishment like this — Manager, Head Concierge, Maître d. His fate was the one we followed most keenly as that of a possible second series seemed to hang on it. 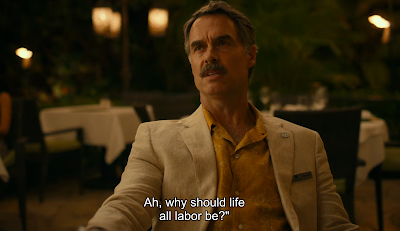 Quick trivia quiz everyone: Neighbours or Home & Away?
And, name the poet. (Hint, he would not have spelled Labour that way.)

They haven't got around quite yet to a modern reboot of The Love Boat for cinema. If they do, it surely would have to be along these sort of lines, wouldn't it?

Posted by Inner Diablog at 1:37 am