The past is a foreign theory...

If historians have any equivalent to the Hippocratic Oath it is the commitment to not sitting in righteous judgment on the past.

For we know that any attempt to cherry pick the bits of history to reject or even suppress leads onto a fairly classic slippery slope.

Today it is Washington or Churchill, tomorrow it could well be Queen Elizabeth.

The first thing I internalised as an undergrad was the fact that the past is fundamentally ideologically unsound, so the only correct response to that is to not apply ideology to the past.

Nothing that could result from doing so deserves the name of history.

And now for a paragraph from Douglas Murray's The War On The West...

Of course it was. The process is inevitable. There is no natural barrier between the worst of us and the rest of us. 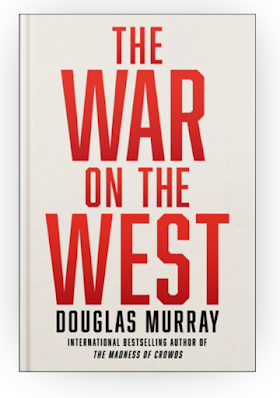 Posted by Inner Diablog at 7:36 pm

With history, primary sources serve best. I like maps, tax records, letters to whoever, first person accounts will be distorted as much as any eye witness testimony but still are better than someone's regurgitated account in the second person. Life was precarious in the old days, life was short in many cases even for the wealthy-people saw things differently than today. I try to stay general in relating my understanding of the past, very little of it is anything but hearsay. A dubious form no matter what.