Almost everyone has weird and difficult relatives; and I think (almost) everyone is prepared to admit that when especially troublesome situations arise with parents, family, friends and other third parties, one is usually never entirely blameless in how they subsequently pan out. 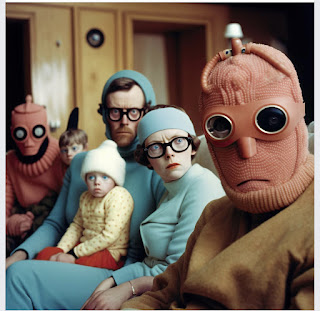 There’s an inevitability to this, even when one feels wholly justified in one’s initial stance, for contentious interactions are by their very nature auto-catalytic: action, reaction, action, reaction...
I think what bugs most Brits about Harry’s media tour right now is an apparent unwillingness to nuance the statements made with any acknowledgment of the ways his own complex sensitivities might have fed into his estrangement from a family group which now has little choice but to endure this torrent of self pity. (As someone who has never been able to abide chippy people, it kind of blows my mind that the most high-vis chippy person in the world right now is a Prince.)
Leaving aside any other layers of prejudice, the Palace were surely correct to anticipate the potential for serious culture clash in Harry's choice of partner. Yet to deny this spare the right to marry his American actress in the manner that they had denied the previous one would undoubtedly have created a far bigger stink.
So whose fault is it really that more effort wasn’t made to make it work? Senior British royals are in a sense born into servitude. To marry one is to accept the spousal version of the employment contract.
When Harry gripes about not getting a ride on the plane that took William and others up to Balmoral as the Queen lay dying, it’s as if after all these years as a royal he’s never understood the deal.
And if he doesn’t, who else was ever going to explain it to Meghan without coming across all wrong?
Yet she’s a smart woman — certainly smarter than her husband — so one presumes that she must have intuited on some levels that the basic requirement was a life of duty to another nation. Princess Grace seemingly got it. Queen Rania gets it. Meghan apparently just wanted the bathrooms, no strings attached.

So instead the Sussex duo attempted to set up some sort of branded hybrid between California-style 'reality' celebrity and privileged aristocracy, more about self-actualisation than self-sacrifice. It was just too adjacent to William and Kate not to be harmful to the value system that underpins the monarchy.
The spare usually has a modicum of extra freedom from the lifelong bond, but limits remain. Nobody can blame Harry for walking away. But they can blame him for whoring himself out to the American media for cash, knowing that the majority of his selected targets cannot respond directly (or profitably) to any of his recollections.
The recollection he is perhaps most abusing is the near-hagiographic one that persists around his mother.
The Atlantic Ocean is another of his shields, for he deliberately exploits the American media's lack of understanding of how things really work. Like, how many royals are permitted to travel on a single plane. Then he says the plane in question was 'private'. We watched the coverage live that day. It was not a private plane, at least not the sort that the Sussexes typically use to travel to climate events. It was laid on by the British taxpayer.
In the UK media it has long been established that the Queen died before the transition was announced officially and that she has already passed when William, Edward, Andrew etc. arrived at the gates of Balmoral, yet here is Harry moaning how he couldn't cadge a lift on an RAF-managed plane and thus somehow missed his grandmother's final moments.
And when he says things like "I still don't understand what Wills was trying to say," it's genuinely hard to work out if he's playing the fool or he really is the fool.
In all of this there are also disturbing parallels with Donald Trump. Harry is pumping out very rough and probably unfair caricatures of his antagonists, knowing full well that fact checking of the associated misinformation will be limited or ignored and that true fans will lap it up without much anxiety about the underlying transactions and potential power transfers. 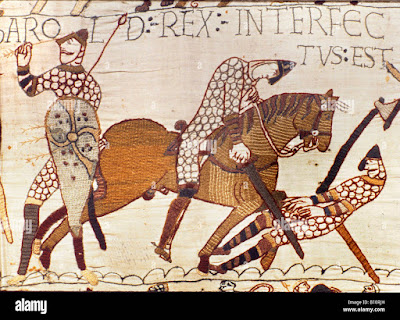 The last ‘Harold’ to have any serious impact on royal fortunes…
Posted by Inner Diablog at 7:00 pm

it's genuinely hard to work out if he's playing the fool or he really is the fool.

I'm thinking a fool, a gold plated fool, but a fool nonetheless.