Back in the early 90s V went alone to a party in the (London) Docklands which consisted, as Harry & Meghan notes in that toe-curlingly condescending manner of the Commonwealth, mainly of “black and brown people”. Later she reported back to me with interest how many of the people she might have considered ‘black’ at this event, didn't appear to identify as such.

A couple of years later we were holidaying on Saint Lucia with its “black and brown” majority, and again she noted how skin colour did not seem to her to be such a predominant obsession there either.

However, on that same trip she found her own identity placed under siege by complete strangers for the first time since leaving Guatemala, on a sailboat packed with Americans.

She had so grown used to being treated as an individual in London, essentially as an indeterminately mildly-exotic foreigner, that this sudden (highly) aggressive imposition of tribal qualities (Hispanic stereotypes galore, etc.) was really rather unnerving for her.

And she would later go on to be shocked how US Immigration officials, almost all of them Hispanic in descent themselves, behaved with her whenever she passed through Houston — they clearly fixated on the identity, the one they wanted to see, and not the person.*

She would compare this disconcerting experience with the first time she crossed into Italy — high up on an Alpine pass — where the official seemed genuinely thrilled to stamp an unusual passport, and to flirt a little.

Prior to that, the only awkwardness she had come across traversing borders in Europe was the “what does your father do for a living?” question posed at Calais, a form of interrogation which reminded me of a visit to the grandparents of my then girlfriend on Long Island in 1985.

Ask any Guatemalan — from almost any social background — to choose between the Consulate of the US and that of other developed nations in the capital in terms of a place where they are likely to be treated primarily as individuals, and you would not be particularly surprised by the result.

In the six-part documentary the Duchess of Sussex claims she did not identify as black until she moved to the UK, one of the most disingenuous statements — of many — that the couple made during these interviews.

It struck us that if you are going to tell the story of race relations in the UK — Stephen Lawrence, offshore slave economies and so on — you might also mention how racial mixing is currently more commonplace in Harry’s country than his wife's, and how many people of mixed-heritage just quietly get on with being British.

Yet thanks in part to a cultural obsession with this matter that is broadcast from across the Atlantic, even Rebecca Hall now feels the need to talk about “passing”, as if she were a converso living in New Spain back in the early days, dodging the Inquisitors lurking behind every cactus.

The notion that Meghan, regardless of any other aspects of her persona and history, should have been treated by Britain as a biological gift, is one I am pretty uncomfortable with.

And so should be all those “black and brown” people in the Commonwealth for whom she would also be regarded as a major — and now supposedly spurned — turning point, though it does not appear to have occurred to her in the least that citizens of nations with relatively few white people might not be quite so inclined to culturally weaponise their melanin — or at least not on such a hair trigger.

The matter would surely have been handled less patronisingly from all perspectives, if Harry’s bride had been say, Malaysian — which reinforces the impression that the Duchess's nationality has been as much a factor as her biracial heritage.

I can see how freedom would appeal to the errant 'Spare', yet it is also clear that he has allowed the form of it espoused by his chosen spouse to galvanise a telling muddle in his own little head. Yet he’s obviously not really constituted for this way of life, and is likely to suffer from the longer-term consequences far more than she is, not least because he will spend the rest of his days trying to rub out the blood like Lady Macbeth.

Watching the 80th Golden Globes the other night, I was struck how, in the state of California at least, freedom, identity and ambition have become a single conglomerate.

There is more than a hint of this amalgam in the manner Harry now talks about his own situation. That is what I was referring to the other day about his internalisation of Meghan’s agenda: he married someone with particular needs when it came to the signalling of status and has now 'gone native' in the classic over-hasty manner over in Montecito.

He talks in all restaurants are McDonald’s terms about the Daily Mail, as if the ‘paps’ in the trees around his Californian crib are all paid-up spooks from across the pond, and refers to the public money he benefited from for so many years as if it were a turd that needed to be scraped off the bottom of his wellies. (Writing in the Guardian this week, Rachel Cooke has noted that “gratitude is not something with which Harry seems to be much acquainted”.) 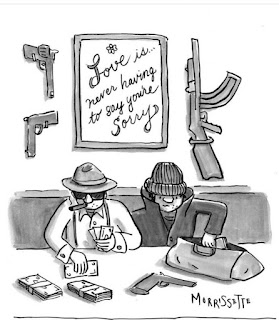 And then, in spite of its thorough ghastliness, the Netflix documentary could easily be put to use in the future for didactic purposes at film schools — to demonstrate the difference between show and tell, as well as providing useful examples of subtexts, and how narratives can be constructed via withheld information. * It says a lot that Hispanic would now be swapped with Latinx, a term most Spanish-speakers have little idea how to pronounce.