Harry & Meghan at the halfway house...

The third installment of Netflix’s Harry & Meghan has left me speechless, the kind of speechlessness that is its own antipode, involving an urgent need to yabber about it.

And about one soundbite in particular, where Harry seems to be laying into Meghan’s paternal family on her behalf (where the insensitive, internecine offence was the relatively harmless one of staging silly photographs) and then comes out with something like this: “It’s amazing what people will do when offered a lot of money” (!!!!!!!!!!!.....!!!!!!!!!!!!)

My jaw hit the floor so fast I had to check the azulejos for a dent, and barely heard Harry taking the fall himself for the breakdown in his wife’s relationship with her father. He appears to have internalised her agenda to the point of having no self-awareness whatsoever.

We had just seen Meghan’s niece Ashleigh in an interview clip reminiscent of a staged POW interview in which she avowed, not without obvious inner conflict, that she completely understood that it was her mother’s fault and not Meg’s that she had not been invited to the wedding. 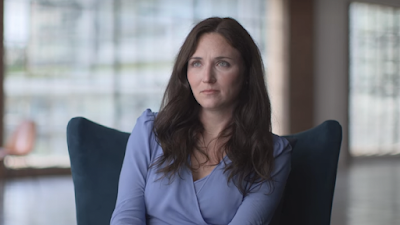 The Duchess of Notmuchness herself added that a cabal of unnamed counselors had effortlessly convinced her of the need to make this regrettable cull, and that she had duly given her niece the dreaded conference call bullet by letting her now of her sudden exclusion “on speakerphone’, no doubt accompanied by appropriate assenting murmurs from the shadowy figures already alluded to.

And all this interspersed with only vaguely relevant expert chatter about the Commonwealth, more insinuation than serious historical analysis. (If it’s such a big scam, why have countries that were never part of the Empire been queueing up to join?)

That and occasional pop up appearances by Archwell executive director James Holt, a man who surely epitomises everyone’s worst nightmare of a new intake Tory MP.

Now, when someone is a victim of genuine racial prejudice they are, by definition, innocent. There is nothing they could have done to deserve the prejudice.

A little lower down the scale of biases, conscious and unconscious, one comes across hings like snobbery and mild xenophobia, which I am certain played a role in the dysfunctional Palace dynamic, but here the Duchess is on less certain ground, because these are prejudices that it is possible to stoke. (There are, undoubtedly, ways I could carry on here that would result in the receipt of the full package of ‘gringo serote’ responses.)

It’s clear from this programme that Harry and Meghan do not want to stray too far into areas where blame might more easily be shared. Criticisms arising from these arguably less irrational biases would be more awkward for them to address in a documentary such as this, essentially their calling card into the California elite.

So it is the injustice of Britain’s external rather than internal socioeconomic system that are emphasised, in order that this tallies with the current American understanding that identity grievances always trump class grievances.

This is the month we discovered, via both 'H' and Shaky, that the vulgar scrubbing of of one’s dirty linen in public is now a massive industry and a potential source of what the talking heads in this documentary refer to as inter-generational wealth. Harry’s tawdry sell-out snaffled 200x his father-in-law’s tabloid earnings, for the memoir alone. (In the case of Shakira, one could at least argue that she commercially integrated her hang-ups into her long-standing ‘creative process’.)

Anyway, there’s very little in all of this that is really in the public interest. All parties could usefully have just tuned out and shut up. Myself included, I suppose. But I have three more episodes to go. The first two were, as many have observed, a snore-fest, but I am wide awake now.

Outside of the Netlfix output it is the sheer exuberance of the double standards that has energised me. Harry would like his dad to have Jeremy Clarkson carted off to the Tower for crimes of public misogyny against a woman he doesn’t know personally, and yet on the audiobook version of Spare refers to Rebekah Brooks as 'a loathsome toad...a pustule on the arse of humanity'. (Which episode of GOT is he referencing?)

And there is more than a hint of chauvinism in Harry's characterisations of Kate and Camilla and elsewhere the couple trade in the type of stereotyping that they seem to object to so much, especially of British society and its manners.

I think if Harry had come home from the war and, remaining steadfastly single, devoted himself to a campaign of vicarious revenge against Camilla on behalf of his mother’s ghost, I’d be a little more on-side. In strictly literary terms the narrative would have some bite. All those highfallutin references to Hamlet which his ghost writer puts into poor unread Prince Haz’s mouth would be just about bearable. 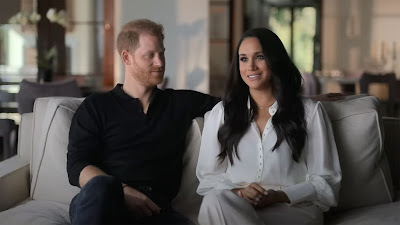 But this way he has gone full appendage, his revenge a dish best served as a side salad to Meghan’s own playhouse pains.

Beyond all the horrifically tedious stuff about bridesmaids’ dresses, it would actually matter if publicly-funded press officers were found to have been selectively muck raking. It’s an allegation Harry has consistently used in interviews to justify his own more overt and personal barbs, but there is enough in the Sussex narrative that crumbles under fairly basic fact-checking to make one disinclined to immediately believe other allegations they seem unable or unwilling to back-up. 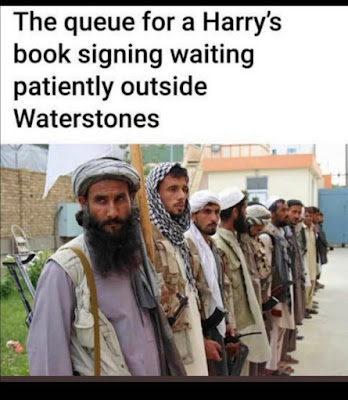 poor Harry such a misguided soul