And so, back to this old BS.
I think you would need to be intellectually on a level with a lunar landing denier to think the Paris tunnel incident was some sort of over-elaborate black op. (Or indeed to believe that black operatives actually dress in all in black and ride black Ducatis rather like extras in a Korean action flick.) 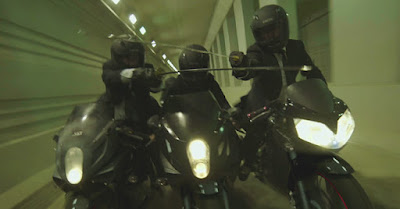 My aunt, was the wife of Diana's lawyer. Following his death we became a little closer than we had been since my childhood. The topic of Diana, inevitably came up with some regularity, yet not even once did she ever suggest that the crash had been anything other than an unfortunate accident.
Or indeed that Buckingham Palace was really the secret HQ of some devil-may-care, adrenaline-junky deep state actors, who were really good at covering their tracks, despite an otherwise reprehensible record when it comes to preventing media leaks.

And yet here a scurrilous piece of journalism in the Daily Mail takes her husband Lord M's name in vain as an accessory to a bonkers conspiracy theory which is only being regurgitated now in order to prep this newspaper's readers for the spare's equally deluded narrative next week.

The trouble with Harry, as Julie Burchill wrote yesterday in the Spectator is this...

Prince Charles has typically been considered the ‘eccentric’ member of the Royal Family for many years; Harry now makes his poor old dad seem as normal as Mike Tindall. Barely able to conceal his excitement as he darkly refers to ‘the leaking and the planting’ which takes place within the Firm, it reminds us of a more innocent age. Back then, a prince who talked to plants was as wacky as it got – rather than a prince who talks to the global media about how much he craves privacy, which is a whole other level of lunacy.

Posted by Inner Diablog at 5:36 am