Reaching for the off switch...

There was a time when the tackiness alone would have been titillating. I'd watch Trump for the gilded Cadillac car crash politics vibe... 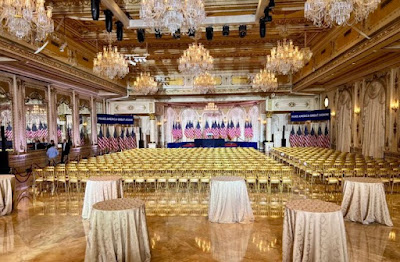 But I cannot watch him any more. His persistence in public life is now a marked offence to everything westerners need to hold dear.

He claims Biden has made the US a laughing stock, and sure, Joe is not without his satirical potential. But the rest of us are HORRIFIED, less by the deluded old men that end up in the White House than by the process which gets them there — and we are heading into a series of primaries in which none of Trump's serious rivals — should he have any — will properly address the issue of how his last term ended and his apparent wider criminality.

That his own party can applaud when he calls the opposition "corrupt" is beyond satire.

Posted by Inner Diablog at 3:53 pm