In spite of all the (fairly self-righteous) reasons we could come up with for not enjoying The Resort, we both did...immensely.

Take this scene-setter. Izamal is yellow for a reason, and that reason occurred in 1993. This is precisely the kind of thing that would under normal circumstances give me the serious hump — an indolent assumption that the audience is ignorant or perhaps just too lazy to googlear.
Yet I let it go. (I've been doing this rather a lot lately.)
I can think of a few sound reasons for doing so: Firstly, the season pivots at the halfway mark, having hooked viewers on the prospect of a rather sinister fictionalised true crime incident, it suddenly admits that the whole thing is going to be a colourful piss-take. The mood shifts to something echoing both Fantasy Island and a species of update on late Victorian adventure stories.
That this is quite a feat is reflected in a stat discharged by one of the characters — there are now so many thousands of resorts on the Yucatán that the dark mystery of the location has largely dispersed into the air.
It also helps that the whole thing is not quite so Apple TV up itself as The Mosquito Coast. The latter show is about to arrive here in Guatemala and the moment is to be dreaded.

Both shows have a kind of Mexiworld aesthetic, with local characters interacting with the privileged gringo visitors like 'hosts' programmed to conform to familiar stereotypes.

Even the Mexican thesps speak Spanish as if the lines are foreign to them. 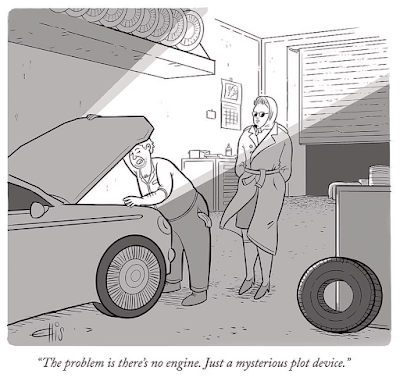 Posted by Inner Diablog at 3:53 am