The boundary of animality...

Eleven years ago Orlando Figes published The Crimean War, about a conflict he flagged up as probably the first "brought about" by the press and public opinion, both of which were deftly harnessed by Palmerston, "the first really modern politican", who enacted  policy of liberal intervention based on 'our' values, and built a mass-based constituency across the nation. 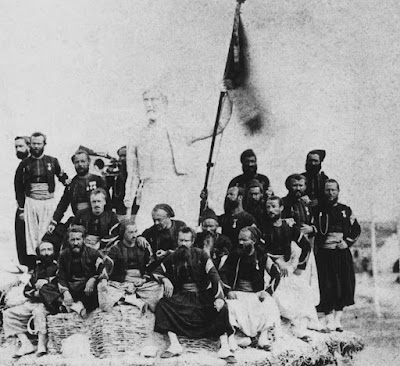 Figes tends to quote anti-Russian sentiment in the newpapers of the time as if it were mere crusading propaganda. Of the following piece from the French newspaper Impartial from 1854, he notes...

"The Emperor Nicholas is rather like Attila,’ claimed an editorial in the newspaper the Impartial in late January 1854. To pretend otherwise is to overturn all notions of order and justice. Falsity in politics and falsity in religion – that is what Russia represents. Its barbarity, which tries to ape our civilization, inspires our mistrust; its despotism fills us with horror … Its despotism is suitable perhaps for a population that crawls on the boundary of animality like a herd of fanatical beasts; but it is not suitable for a civilized people."

OK, the piece is a little boisterous, but the truth is that one could swap out Nick of yesteryear with the Vlad of today rather too easily. And in a week when protestors marched in Russia demanding nuclear war and the Wagner group murdered one of their own with a sledgehammer following his return after a prisoner swap, this "boundary of animality" remains as discernible today as it was to our close ancestors in the middle of the 19th century.

Killing the empire may not make the problem vanish as quickly as many of us might hope.