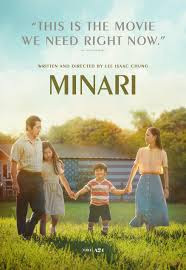 Minari is less a story than a depiction of a situation populated by highly authentic individuals and their collective interactions; the life of a family.

Director Lee Isaac Chung grew up in a similar situation and one presumes that the sincerity of his observations originates in a direct experience of such an ensemble. 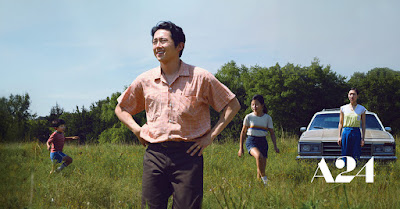 The synopsis on IMDB tells us what his movie is supposedly about: "A Korean family starts a farm in 80s Arkansas".

Yet I'm sure that if you had asked any number of Korean Americans or even non-Korean Americans to produce a script based on that same premise, specifically to imagine the characters involved, you would not have ended up with anything that feels as truthful as this.

The scenario is almost begging for archetypes and their respective archetypal moments, yet Chung is very sparing with them and always careful to lens everything very personally.

Steven Yeun is playing a role reminiscent of Jean de Florette — shorn of all the melodrama — thereby demonstrating that the essential domestic drama need not depend on it for its poignancy.

Not quite a masterpiece, but extraordinary nonetheless. A little uneven in terms of its forward impetus perhaps.

PS: Only recently I mentioned how, with age, contemporary movies set in the period of one's childhood start to appear less and less accurate.

Now, I was over 40 before I visited Arkansas (on ground level at least), but I can see that this movie takes special care with the details of 80s life, which of course feature some leftovers from the previous decade.

The first music reproduction device I possessed looked almost exactly like this, though mine bore the Phillips brand.. 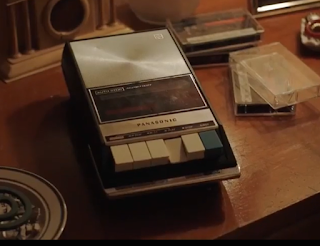 Posted by Inner Diablog at 9:10 pm