The post-war European art of making something sparse appear luxurious. 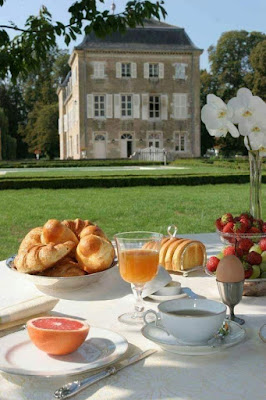 There are several items here that always used to make my wife's blood boil on the other side of the pond.

You can't see it here, but the little pot of jam is never sufficient either.

There's a rather amusing piece by Rory Sutherland in The Spectator this week on hotels and desayuno, in which he observes...

It can’t have helped the pro-European cause that, in English, the word ‘continental’ is often used to mean ‘woefully inadequate’ — as in ‘continental breakfast’.

Posted by Inner Diablog at 4:16 pm