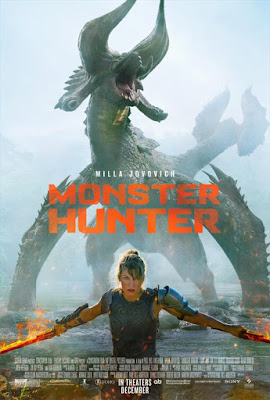 At the relatively successful end of a category in general peculiarised by failure — movie adaptations of computer games — Paul W.S. Anderson and Milla Jovovich have been up to this sort of thing together for two decades now. It has never really been my kind of thing, but I did rather enjoy this.
There is a but..., however. The most nightmare-inducing, viscerally frightful and gross monsters are the ones we get to see quite early on. After that, we are introduced to incrementally harder to kill beasties until eventually we get to something that resembles a near indestructible GOT dragon, the despatching of which begins to seem like a bit of a chore — though the CGI effects associated with its rampage are very well executed.
Posted by Inner Diablog at 6:25 am