The Lonely City by Olivia Laing (1)

On a flight into Mérida last September I was amused to discover that I was a little less alone that I had imagined myself to be, as the passenger seated beside me was reading exactly the same book as I was.

Yet I was almost certainly alone in my awareness of this coincidence, as I was then making use of an epub version of The Lonely City on my iPad.

This young Mexican chap had the demeanour of someone for whom loneliness would only ever be a kind of affectation; a Fresa Byronica. 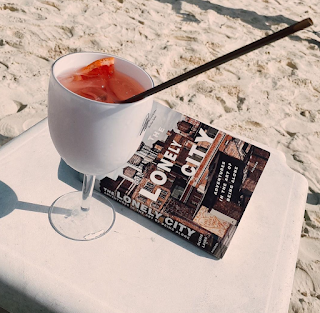 Amidst all the talk of how technology 'augments' us — looks forward and satisfies emerging needs — I have always been aware that it also casts an eye behind and fills some of the gaps it finds there, gaps that we might have otherwise filled less easily and yet perhaps more productively.

Loneliness is nature and it is nurture. Some of us have it in us, but often enough the key incidents are 'invoked' by the state of the communal environment. 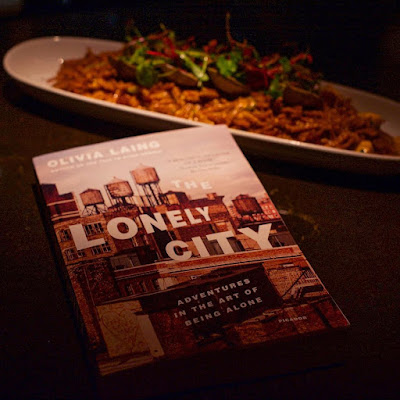 As Olivia Laing notes in her book, the ways we find to express our interiors are always "imperfect" and "precarious". Her chapter on Warhol and his experience of managing the push/pull of intimacy in his life with technology is fascinating. He found that the contention between a "fear of closeness" and the "terror of solitude" could be mediated with devices, such as his trusty polaroid camera or a tape recorder, given to him by the manufacturer, Phillips: "I didn't get married until 1964 when I got my first tape recorder. My wife."

Technologies provide apparently liberating intermediaries that come with built-in distance plus the ability (in theory at least) to activate or deactivate them at will. As Laing puts it: "Acting as servant, consort or companion to the machine was another route to invisibility, a mask-cum-prop like the wig and glasses."

Socially reticent or not, every street photographer must have sensed this at some point, though in 2022 it is much more of a mass phenomenon, having expanded well beyond those that are naturally detached from consensual reality to the point where it is sometimes necessary to talk of consensual reality itself having lost touch, owing in part to the mass adoption of certain technologies.

I've learned several things during my various trips to New York over the past twelve months, after an absence of ten years, and one of them is this: if one used to have to navigate around the sporadic street mutterers in Manhattan, nowadays everyone seems to be at it, and it is increasingly hard to tell which of them are genuinely talking to themselves and which ones are engaged in a call. The emotions appear broadly volatile.

Posted by Inner Diablog at 2:30 am