"Art with a capital F" 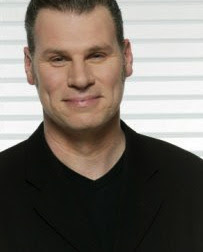 He wants it to be known that he hated it before anyone else, right from the opening twenty minutes of the first public screening in Cannes back in May last year. And he thinks that González Iñárritu should get back to making "exploitation films" like Amores Perros, because on the evidence of Babel he has become "the film-making equivalent of Michael Jackson".

Instead of coming together as they did in Amores Perros the different strands of this story race apart at great pace, says Kermode, and he likens the way that the director struggles to link them back together at the end to "herding cats".

I shall have to watch this movie tonight to see if he's right!

On the subject of deliberate convolution Gibnut and I had a little discussion about David Mitchell's multi-stranded narratives last week. I stated my misgivings about Ghostwritten but he insisted that Mitchell greatly improved the technique with Cloud Atlas, a novel I haven't yet read, but has perhaps jumped a few places up the queue now.
Posted by Inner Diablog at 7:16 pm

The link between the different story strands is tenuous but who cares? The movie still works. Not a masterpiece but definitely enjoyable.