A crime of bias 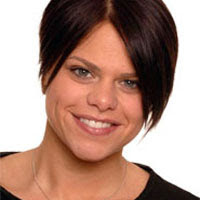 The bating of one stuck up woman by three rather extremely stuck down ones in the Big Brother house has caused an international diplomatic crisis, and has today prompted our future PM to exort the British electorate to spend their half-quids on evicting this (undoubtedly ugly) stain on our national reputation for conditioned politeness.

Now I've been called rosbif before by some frogs in Southern Spain and I didn't at the time think it was a racist slur (just a bit rude!), but apparently calling an Indian woman poppadum is beyond the pale.

My mother, herself periodically prone to a bit of bigotry, snobbery and cultural prejudice, reliably informs me that the problem here is one of class, not of race. Certainly in a TV format that actively seeks the lowest, common-as-muck denominator, the participation of a rich and successful person from a country where mass poverty is known to prevail surely poses something of a provocation risk. Just how much though, is something the Channel Four executives that were burnt in effigy this week clearly hadn't given enough thought to.

Yesterday the New York Times revealed that crimes in LA motivated by racial, religious or sexual orientation increased 34% in 2005 over the previous year. This was put down to "demographics in transition" and power-politics between different ethnic groups, especially blacks and latinos. Interestingly, these crimes are being referred to as "bias crimes".
This is one indication that instead of clarifying what an irrational prejudice like racism actually is, it is proving easier to make the description of this mindset less specific. Here in Britain we can't decide if Jade Goody is an overt racist, but biased she most certainly is.
Posted by Inner Diablog at 9:20 pm